India's Javelin Thrower Neeraj Chopra will look to create history as he could become the first Indian athlete to win an Olympic medal in athletics. Chopra had come up with a throw of 86.65 metres and had finished the Qualification round of Group A at the top of the table. The 23-year old had beaten Germany's Johannes Vetter, who finished at second place with an 85.64 metres throw and he is one of the favorites for the medal. 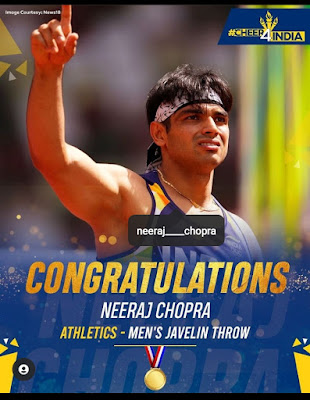 Javelin thrower wins an individual Olympic gold, India's first in athletics and only the second after shooter AbhinavBindra in 2008

The impact of one Gold medal that Neeraj won... From 65th place india is now at 47th place in the table.

Throws for gold by Neeraj 🥇